Chapter 2
RELATED LITERATURE AND STUDIES
This chapter presents the literature and studies taken from the various sources like books, unfinished thesis and the like. The presentation starts with the foreign literature, local literature, and then followed by foreign studies and lastly, the local studies. The synthesis of the works, data and information which were gathered are included, too. 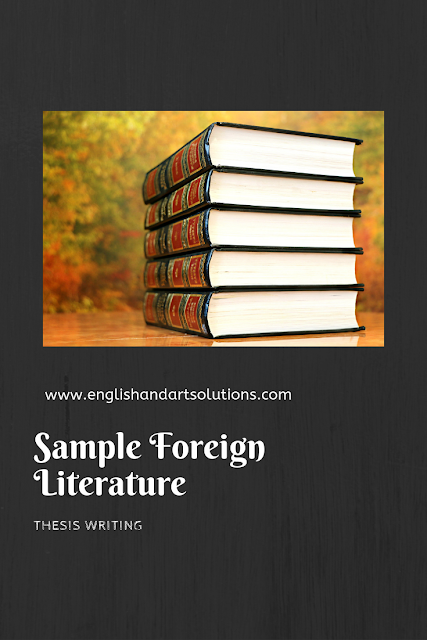 Foreign Literature
Hargett (1998) as stated by Zara (2008) defined proficiency as being able to effectively communicate or understand thoughts or ideas through the language’s grammatical system and its vocabulary, using its sounds or written symbol. While this may seem simplistic, one can infer that how educators define proficiency will drive what language proficiency tests will measure. Obviously, definitions of language proficiency that are incomplete or unreasonable will distort educators’ perceptions of limited English proficient students’ abilities and progress.

Huang (2006) stressed that speaking English outside the classroom and motivation in speaking English were the powerful predictors of the use of oral communication strategies among the learners. Thus, the inquiry highlights the importance of functional practice and intrinsic motivation in the development of proficiency in communication.
Baker and MacIntyre (2000) as stated by Zara (2008) argue that “It is not the individual’s actual skill that counts; rather it is how they perceive their communication competence that will  determine WTC” (p.316). Both the willingness to communicate (WTC) and perceived competence have an impact on the frequency of communication. However, Cheng (2007) reveals that the CSs used and the self-report of oral proficiency did not have a statistical relationship. She points out that “effective communication takes more than the ability to talk. It also involves the use of one’s mental faculties in the choice of words, the ability to make other person understand what one is saying and vice versa.”

Alkuino, (2006) professed journalism as art of expressing different information, which is significant to the readers, listeners or viewers. It is divided into three categories: written, oral and visual. It is written if the medium is the newspaper, magazine and other reading materials; oral if it is through the radio; and visual if it is through television and movie.

On the other hand, Bond (2002) as expressed by Zara (2008) perceived that journalism is something that embraces all forms in which or through which the news and comments on the news reach the public. All that happens in the world, if such happenings hold interest for the public, and all the thoughts, actions and ideas which these happenings stimulate, become basic materials for the journalist.

Picard (2008) wrote in an essay published in The Politics of News that Public journalism is nothing more than the conviction that journalism’s business is about making citizenship work. In practice, there is only the pioneering, sometimes contradictory work of dozens of very loosely connected editors and reporters.

Berning (2011) reiterates the narrative potential of journalistic reportages via a set of narratological categories. The author spells out minimal criteria for particular types of reportages, and challenges the argument that journalism and literature have distinct, non-overlapping communicative goals. By showing that the reportage is a hybrid text type that seeks to inform, educate, and entertain, this study advances a re-conceptualization of journalism and literature as two fields with permeable borders.

Maxwell (2002) as conveyed by Camacho (2010) in an article in the Alameda Times-Star wrote: The students need to learn the craft and art of writing. Unfortunately, most writing-across-the-curriculum programs are too hit-and-miss to inculcate a love of writing or even an attitude of appreciating the importance of writing.
Posted by Nina Nichols on July 12, 2018