Foreign Studies
Lee (2011) explicated in his study that technology has played a role in many of the significant changes in American journalism, and that role generally has been twofold. First, there is an immediate impact, which takes place as news organizations use the new technology for improvements, such as gathering and reporting news more quickly and reaching larger groups of people at reduced costs. The secondary – and in the long-term, the more significant – impact is the cultural result of reaching more people with the news and reaching them in a different manner. This is a change that has the potential to affect not only the general citizenry, but also government, politics and the quality of democracy, wrote media economics scholar Robert G. 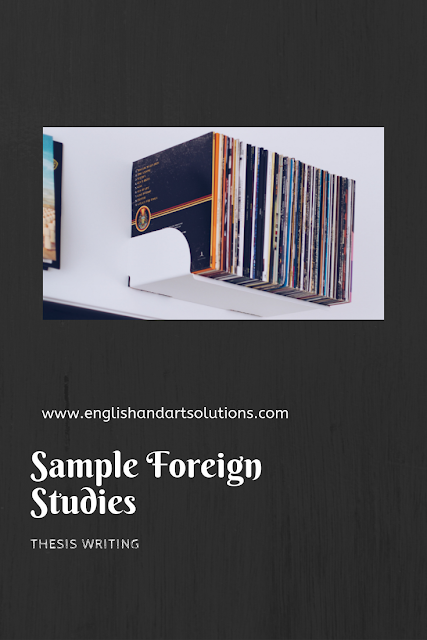 Thus, Kunkel (2003), dean of the Merrill College of Journalism at the University of Maryland, stated succinctly and reiterated by Henderson (2009) , "Writing instructors are obligated to teach the fundamentals of media writing" (p.4). Calling journalism writing "part skill, part craft and part art" he said that students should have a solid foundation in reporting, writing, and editing. Consequently, this resulted to the strengthening of students craft in Journalism.

But, it is undeniable that errors are prevalent in the world of journalism. Hence, the issue remains: what are universities doing to correct students' writing deficiencies? For journalism programs, corrective action is critical because writing remains at the profession's core. Bissell and Collins (2003) as cited by Enos (2008) found in their research that writing deficiencies have not gone unnoticed.

In addition, John, Reminski and Hanks (1991), as stated by Libreja (2008) found "... considerable diversity among programs teaching journalism regarding testing, uses of tests, criteria, types of tests used, retake policies, and remedial help". They concluded that despite long-standing interest in formal assessment of language skills, agreed upon standards are non-existent which probably added to the worsening scenario of dealing with inaccuracies in journalism.

Talberg (2006) averred that improved language skills would enable engineers to keep abreast with recent developments in engineering areas. It will enable them to develop competencies needed in new areas of engineering and for job opportunities in an international environment. He further explained that is equally important for engineering companies to have engineering staff with good language skills for they do not only make good representatives but may also become an important asset in meetings and negotiations with foreign companies. Thus, he concluded that the need for improved English language skills among students call for strategies that develop adequate language skills related to their profession. However, he stressed that as the language competencies needed by future engineers should be related to their profession, language learning should be based on the activities that are relevant and typical of their profession in an international context.

Similarly, Al-Khatib (2005) cited in his study a survey conducted in Finland in 1998 by the National Board of Education on the language and communication needs of industry and business employees and was aimed at showing how language teaching could best equip students skills required in professional life. The survey revealed that compared with engineers, employees in production jobs, installation and repair workers do not need to use foreign languages as much as the members of other groups. Further, it showed that the need for oral communication overrides written skills (reading and writing) in the first group, while the discrepancy in the second is smaller.

Along line with this, Abu- Rizaizah (2005), revealed in his study that it is necessary for engineers to write in English as established in his questionnaire and that majority of engineers considered English to be highly important in carrying out their work successfully and efficiently. He also found that as regard writing, half of the total respondents were happy, while most saw themselves as either good or very good.  However, although engineers are satisfied with their writing, it is the second most important skills that they are anxious about or need to improve. Lastly, he found that most of the engineers edit as they write before producing a fair copy.

This was complemented by Bunton, Kanihan, and Neuzil (2000) wherein they examined the use of ability grouping in a mass media writing course to improve student writing, both content and mechanical skills. Their data indicated the usefulness of ability grouping to improve skills and also indicated that tests of mechanical skills alone do not predict student’s ability to write a story.

Meanwhile, Dayal (2005) stated that the general English course for studies at the undergraduate level does not bring them to the required competence in all areas of the language skills at the end of graduation. According to him, many students across disciplines are not very good at communication and generally lack the proficiency they need to meet the growing demands of the present day workplace competencies. More so, his study revealed that students indicated that adequacy of the English language instruction at School/ Pre- University, however they expressed a need to enhance their communication competencies. They showed dissatisfaction with the present course, felt that it does not help them for their future needs, and disagreed that the present syllabus helps in gaining proficiency in order to succeed in higher education. Moreover, as regard their perception of language needs, the students felt that they need English for formal and social situations. Further, he concluded that knowledge of English is decisive factor for success and that a general English course does not help students achieve required proficiency in English.

This was supported by Buckingham (2008) when a group of Turkish scholars were investigated from the humanities faculty of a prominent Turkish university perceive the development of their discipline- specific second language writing skills. Personal interviews were used to elicit data and excerpts from the interviews have been recorded in this paper. The acquisition strategies identified in the data reveal that the acquisition of scholarly writing expertise was an extended process of exploration of genre conventions, with a strong component of largely self- directed analysis of linguistic and organizational norms. The study considers how these strategies can be incorporated into a field study or portfolio- based academic writing program, with a view to training junior researchers to recognize the rhetorical, organization, and linguistic characteristics of scholarly writing from their own discipline, and to monitor the development of their own writing competence.
Posted by Nina Nichols on July 12, 2018