Viado (1999) as stated by Zara (2008) in his study concluded that students should possess all the four basic communication skills- reading, writing, speaking and listening. They all agreed that for the students to pass and succeed, they must have the ability to communicate both in oral and written form.

Galangco (2010) in his study, “Proficiency in written English of teachers in the catholic secondary mission schools of the Mountain Provinces” advocated that effective teaching in communication must be supported by teachers who are willing to improve themselves in their fields. This would ensure that the students are receiving the proper aid in enhancing their skill in communication. 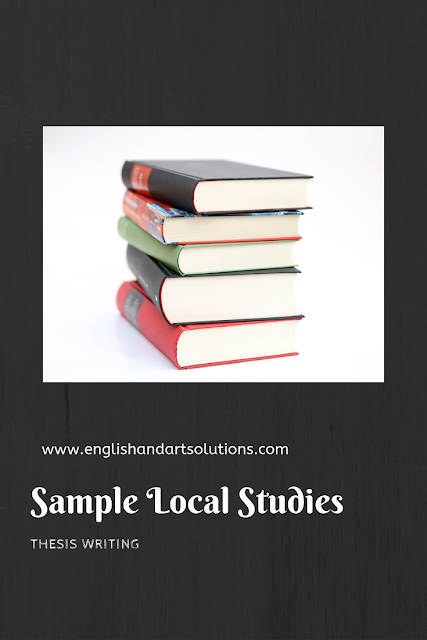 Conformably, Brocato (2009) in her study quantified that assessing students’ written communications skills will be a gateway to writing proficiency test for aspiring journalism majors. She further stated that elevating proficiency in communication requires student accountability for demonstrating competency and ongoing program assessment.

Conversely, Del Villar (2007) identified that the level of proficiency in English varied depending on where the students finished high school and the quality of training they received during their growing up years. Some high schools provided superior English training while others did not. The fact that Verbal Fluency came out as a Factor in the study means that not being fluent in English, not being good at verbalizing thoughts, feeling embarrassed about mispronunciations and feeling nervous when speaking were all major concerns of beginning oral communication students.

Abaya emphasized the mirror function of the press: “The press reflects the society it serves. Where the society is free, the press is free.” He also said that a free press is essential for a country to develop and that the great societies of today are those where the role of media is acknowledged.

As to the veracity of other factors affecting proficiency in communication, this was further elucidated in a study conducted by the College of Mass Communication, University of the Philippines (2006) wherein results showed that males were more comfortable than females when speaking with foreigners or dealing with strangers. Females on the other hand were found to be more comfortable when communicating with those from the same socio-economic status as theirs, when giving compliments to others, and when talking to gays and lesbians.

The study of Barbara and Pelonia (2009) further attest what media plays in the society. In their study, they measured how exposure to violence on television influences children’s behavior. Together with the children are their respective mothers, whose exposure was also measured. Results show that the mothers have enough awareness to television violence, although the children still indicate that their exposure has influenced their behavior, values, growth, development, and the gaining of information.

This finding was strengthened by Gasga and Sodsod (2010) in their study which measured the effects of political infomercials on registered voters of the 2010 presidential election in Legazpi City. The respondents were inclined towards political advertisements presenting their platforms like anti-poverty and livelihood, as well as those utilizing prominent personalities like celebrities.

As regard speaking, Flores (2000) as cited by Zara (2008) suggested that providing students with more input on language use and functions could better enhance

communicative competence of the students. She opined that the study of speech acts might yield to better results if it is not only anchored on stylistic, linguistic, socio- pragmantic, and semantic aspects but also on phonological approach. Hence, the oral
production of a language with tape recording may enrich the data gathered from the written test.

Schlau (2006) focused her study on the effectiveness of creative journalism in organizing, developing and disseminating knowledge and creativity of the students in maximizing the use of language in writing. The purpose of this study was to provide a condensed view of the portion of the creativity with the interest of promoting and increasing awareness of the content and themes of creative journalism.
Posted by Nina Nichols on July 12, 2018