Sample Methods of Research and Procedure in Chapter 3 (Thesis Writing)

Chapter 3
METHODS OF RESEARCH AND PROCEDURE
This chapter presents the methods of research to be used, the respondents of the study, the data gathering procedure, the establishment of the validity and reliability status of the instruments, and the process by which instruments will be reproduced, distributed, and given, and the Statistical treatment. 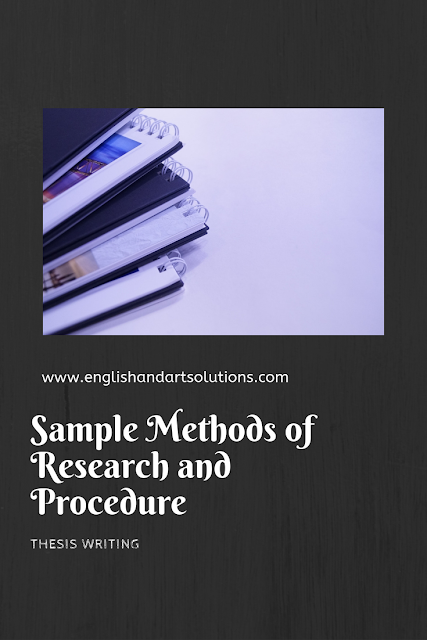 Since the most common form of a quasi-experimental study includes a pre-posttest design with both a treatment group and a control group, quasi-experimental studies are often an impact evaluation that assigns members to the treatment group and control group by a method other than random assignment. Because of the danger that the treatment and control group may differ at the outset, researchers conducting quasi-experimental studies attempt to address this in a number of other ways (e.g., by matching treatment groups to like control groups or by controlling for these differences in analyses). This study will be utilizing the pre-posttest design with a control and experimental group. Pre-test/post-test design in quasi experimental evaluation measures the amount of change as a result of a project. When dealing with small groups, it is easy to measure individuals as they enter and leave a program. Through this method, the researcher would be able to establish that indeed, campus journalism activities may strengthen the proficiency in communication of the students.