What Do You Need to Know About Cliffhangers


Ways to create the effect of a cliffhanger: 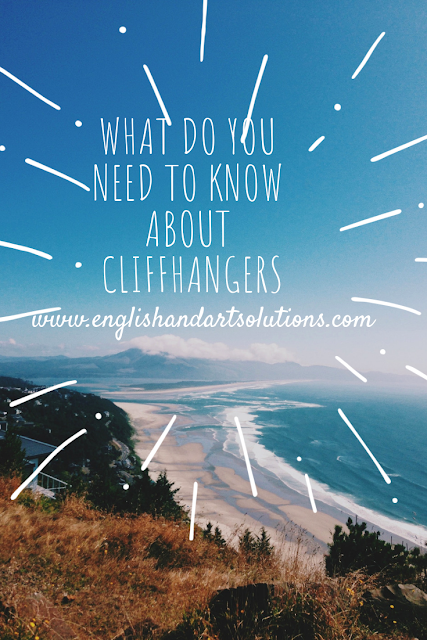 Using character dialogue
Using unanswered questions
Descriptive scene / creating an atmosphere
Cliffhangers act as bait to lead the readers from one part of the text to another with more interest than before. Whether they happen between chapters, books, episodes, series of films or movies. To end a story with a cliffhanger is difficult.

A cliffhanging ending doesn’t have to be something HUGE! As long as it keeps the reader guessing and asking themselves questions you have done your job as a writer.

Remember:
Most important thing NOT to do if you are writing a story ending with a cliffhanger is to make sure that the reader does not feel cheated out of a proper ending.
A cliffhanger is a surprise or story twist that leaves the reader wanting more NOT confused.
Posted by Nina Nichols on July 16, 2018