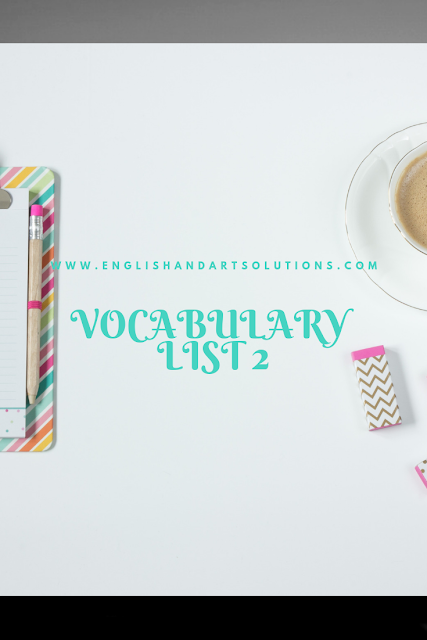 1.   confide  tell someone about a secret or private matter while trusting them not to repeat it to others
2.   sentiment  a view of or attitude toward a situation or event; an opinion
3.   summit  the highest point of a hill or mountain
4.   reprehensible deserving censure or condemnation
5.   unscrupulous having or showing no moral principles; not honest or fair
6.   ingenious  (of a person) clever, original, and inventive
7.   distraught deeply upset and agitated
8.   vindication to prove that someone is not guilty or is free from blame, after other people blamed them
9.   impromptu not planned
10. impoverished very poor
11. imperceptible impossible to see or notice
12. intrude  to become involved with something private in an annoying way
13. cynical  believing that people are generally selfish and dishonest
14. trepidation a feeling of fear or agitation about something that may happen
15. proficient  competent or skilled in doing or using something
16. supersede replace
17. absolve  to free someone from guilt
18. decadence low moral standards and behaviour
19. overrated  something everyone talks about but it is not as good as everyone says it is
20. fallible  able or likely to make mistake
21. effusion  a sudden and uncontrolled expression
22. interlace  to join different parts together to make a whole
23. gregarious (of a person) fond of company; sociable
24. epitome  a person or thing that is a perfect example of a particular quality or type
25. precarious not securely held or in position; dangerously likely to fall or collapse
26. mend  repair something damaged
27. drivel  to talk in a very foolish or silly way
28. phenomenon to talk in a very foolish or silly way
29. trance  a half-conscious state characterized by an absence of response to outside
forces
30. envy   jealous of someone

Email ThisBlogThis!Share to TwitterShare to FacebookShare to Pinterest
Labels: Vocabulary