The Psychology Behind the Importance of Awards and Rewards


The origin of awards and rewards could be attributed with the basic need of man- that of belonging and acceptance. When you are rewarded or awards are given, your inner self is given an affirmation that you have done something more than acceptable and thus you belong. This what drives individuals to succeed in any undertakings. 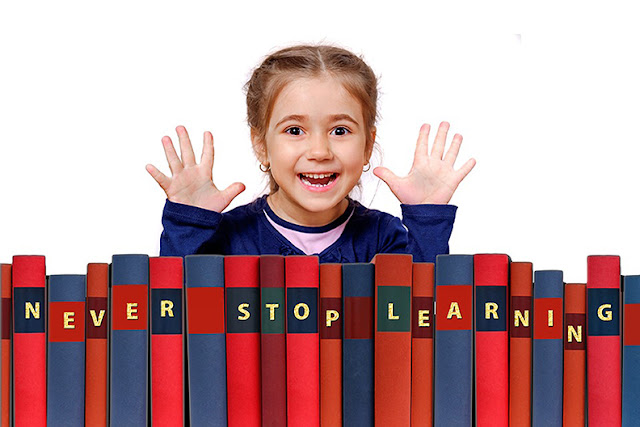 It is also based on the foundation referred to in psychology as operant conditioning. The proponent of this thought was B.F. Skinner who studied on how reinforcement affects behaviour. He identified three responses following a certain behaviour:

Neutral operants: responses from the environment that neither increase nor decrease the probability of a behaviour being repeated.

Reinforcement: This may be either negative or positive stimulus such as reward, the removal of an unpleasant event, or a punishment, that in operant conditioning maintains or strengthens a desired response.

Punishment: responses or consequences that causes a behaviour to occur with less frequency. Just like reinforcements there can be two types of punishment: positive and negative. 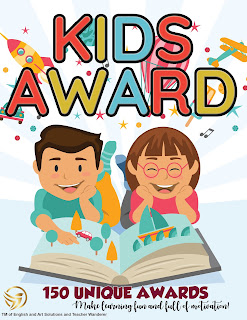 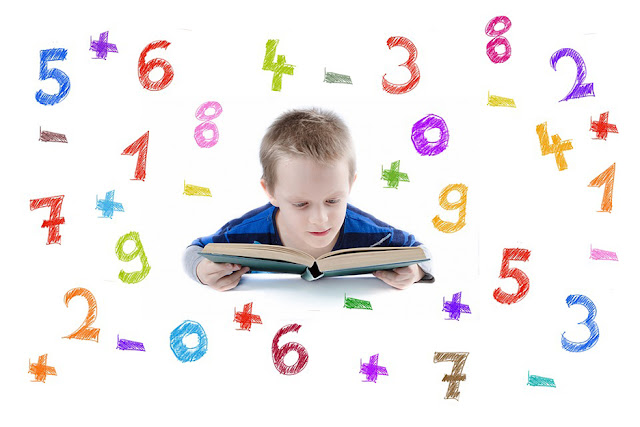 As a teacher for almost 15 years, I have personally seen the critical significance of celebrating and acknowledging little and big achievements. The goal of education is simple- to go leaps and bounds of different levels of learning. The awards and rewards given are upholding this aim by reminding them that certain level was accomplished and for others- with flying colours.

The positive atmosphere that rewards and awards create in learning environment is attested by different researches that recognition of one’s efforts and accomplishments are more valuable than any amount of money. Think about the parents who shed tears when they accompany their children on stage or watch them accept certificates of recognitions.

The spectrum of the positivity that recognitions could manifest goes beyond the confine of schools. Even work environment is apparently reinforced when proper recognitions are given. Coincidently, employers who recognize the efforts of their employees have profound impact on their work performance.

The memories of my early childhood were filled with fragments of little bits of different awarding ceremonies where my successes were celebrated. These memories were special because of the constant presence of my late father who used to accompany me on stage.

It is important however not to confine the awards and recognitions solely on the based of academic performance. In order to be a driving force that would create a significant change in the society, student’s character and skills are also important. The primitive thought about awards and rewards include the assumption that it must be given only to the intelligent or smart students and in the case of the work environment, to the highly performers. We should not neglect the fact that these are not the sole basis of success in life.

I had an experience in six schools in three countries and awards were integral parts of the system. However, one award stand out the most- THE SCHOOL SPIRIT AWARD. The award gives recognition to the chosen student for his/ her embodiment of leadership, academic achievement, and outstanding character.

Some educators discourage the use of awards as a motivation because they claim it only creates this mind-set of achievement which creates this ‘privileged’ status. However, life in reality is a competition and the more we are used trying to strive for the best, the more prepared we will be to face the outside world. Awards and recognitions set a bar of excellence that we try to reach to find fulfillment. It may not be the true measure of success but life is a journey of successes and failures. If we know what’s the standard, that’s our motivation to move forward.

It addition, awards and recognitions are not meant to teach about bragging one’s feats, it is about finding an individual’s mettle and trying to strengthen where you might need them.

In summation, through awards and rewards, you give validation and confirmation of a job well done. It is about creating a positive environment and nurturing student’s talents. It is encouraging appropriate behaviour for them to be good citizens of the society. It is about creating happy individuals be it at school or at work. Most importantly, it is empowering individuals to face their goals and exceed them. 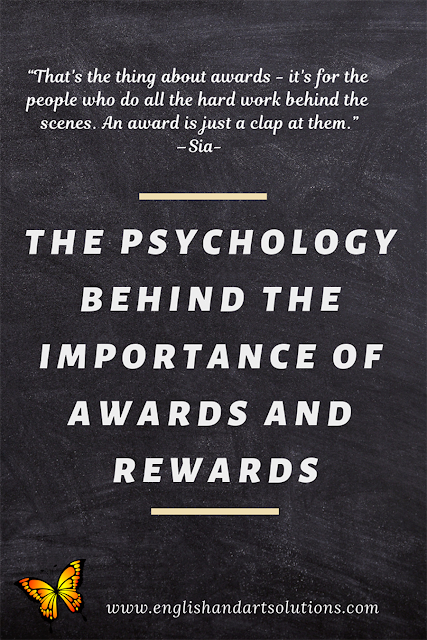 “That's the thing about awards - it's for the people who do all the hard work behind the scenes. An award is just a clap at them.”
–Sia-
Posted by Nina Nichols on March 14, 2019