Validity and Reliability of the Pre-Test and Post-Test
The establishments of the validity and reliability status of the pre-test and post-test will be made based on the following processes: the draft test will be presented to the panel of three who are considered to be experts in the subjects Journalism and Communication Arts English and Filipino. This group will be asked to analyze its content based on organization, structures and purpose. Afterwards, the corrected drafts will be returned to the researcher to prepare the final draft observing all the corrections given by the people who will be requested to establish the validity status of the instrument. 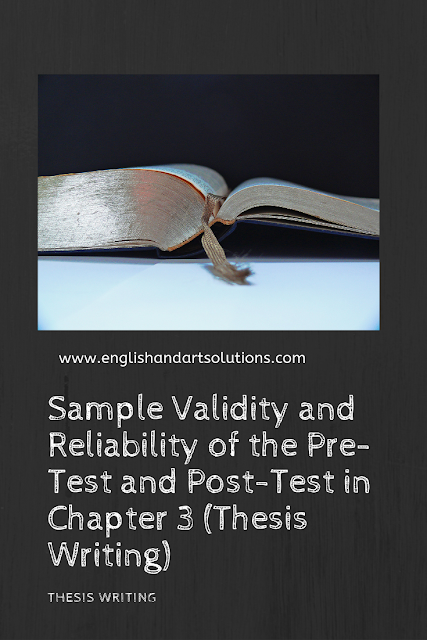 The researcher will then prepare several copies of the final draft of the pre-test and post-test in anticipation to the establishment of its reliability status. After asking the permission from the school director and the principal, the pre-test will then be administered to the two groups.

After three weeks, the same sets of test will be administered to the same group of students. Then the results of the two tests given will be compared using the T-Test.
Posted by Nina Nichols on July 12, 2018